Today with Pato we, Rosario Vago, Sybilla Correa Perkins and I, worked on the rite of passage.

Theory: A rite of passage is a ceremony and marks the transition from one phase of life to another. There are many passages in our lives if we choose to mark and celebrate them.

Post colonian literature is the literature people started writing when they were colonized or after they freed themselfs of their colonizers most of them were from Europe. This kind of literature expressed the problems and consequences people had after not being colonized anymore. This included: Many economic and social issues like poverty and lack of education and  the consequences and misfortunes  of colonialism. Colonialism left people thinking that they were savages, that they were less important  than others, they didnt have much identity. Authors wanted to bring their identity back and reconect the population with the land.

Today, with Lenny, our history teacher, we reviewed the causes of WW1. Here, with Benjamin Mayol, we made a lino which contains the causes and the alliances of WW1.

Video from the last causes of WW1. This video helps you to understand the causes of WW1 and it explains very well the Murder at Sarajevo.

Our history teacher, Lenny, made a Pearltree of the Causes of WW1 With our literature teacher, Pato Chujman, we are working in a poem called, love III, written by George Herbert. This poem can be read in a literal or metaphorical level.

To friday 10 we had to read an articule, about an admire of the poet George Herbert. And took notes about it:

1st Stanza:
Is about the first time (sang the poems in the school church) and the reencounter (she bought one of his books being an adult) of the journalist and George Herberts poems.
2nd Stanza:
The woman wrote about how George Herberts poems are mostly about religion, except the ones which he wrote at his youth. Also that his poems has humer and intsensity.
3rd Stanza:
She writes about how you dont need to be a christian to understand George poems, however she thinks that going to church helps you to understand and like his poems.

On friday 10, we heard an audio of the author and read the poem, which we also took notes about that: 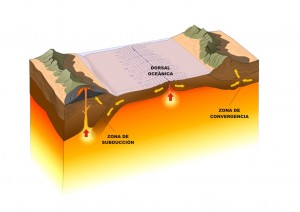