Here is my booktube of «Charly & The Chocolate Factory»!!

In literature, we read «Of White Hairs and Cricket» and we analized this shirt story

Of White Hairs and Cricket from Pato_Ch 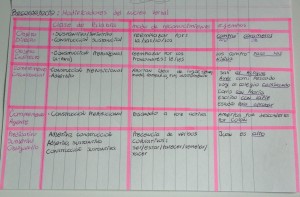 Today with Pato Chujman, our literature techer, we serch for information of Rohinton Mistry. Then, we look up for post – colonial literature characteristics. After that, we look information of Parsi, what it is. Finally we serch the definition of the word «diaspora».

Post colonian literature is the literature people started writing when they were colonized or after they freed themselfs of their colonizers most of them were from Europe. This kind of literature expressed the problems and consequences people had after not being colonized anymore. This included: Many economic and social issues like poverty and lack of education and  the consequences and misfortunes  of colonialism. Colonialism left people thinking that they were savages, that they were less important  than others, they didnt have much identity. Authors wanted to bring their identity back and reconect the population with the land.

The Parsis are a member of a group of followers in India of the Iranian prophet Zoroaster.

Region: They are descended from Persian Zoroastrians who emigrated to India  (Bombay, Pakistan and Karnataka) to avoid religious persecution by the Muslims.

Religion: Their religion is from India, Perssia

Definition: Any group that has been dispersed outside its traditional homeland, especially involuntarily.

Today with Pilar Pando, our oral and writing techer, we lern how to do a good letter. My letter is this one. Hope you like it!